Passion for Freedom art Exhibition to be held in November 2010

Hi All,
This promises to be a controversial show by activists against violating women's rights in the name of Islam- 2 of my pieces in it, quite radical stuff-do come if you can, (the way I go is to travel to St Paul's tube and then walk towards the Tate Modern and the gallery is close to that) -anyway this is the invite:
'You are cordially invited to a Group Show presenting 'One Law for All' art competition’s winners
20 November - 27 November 2010
UNIT24 GALLERY
24 Great Guildford Street
SE1 OFD London
Private View: Saturday 20 November 6.30-9.30pm
RSVP: onelawforall@googlemail.com
www.onelawforall.org.uk
‘Little Bride’ by L. Dobrucki screening: 7pm.'
Press Release
Passion for Freedom art Exhibition to be held in November 2010
Private View: Saturday 20 November, 18.30 – 21.30 hours
Exhibition: 20 – 27 November 2010
Open: Monday – Wednesday 8.00 – 17.00 hours; Thursday – Friday 8.00 – 18.30 hours
Gallery: UNIT 24 Gallery, 24 Great Guildford Street, London SE1 0FD
One Law for All is holding an art exhibition in London during 20-27 November 2010 in which a group of international artists address the controversial subject of religion and human rights. The exhibition includes pieces on the veil, female genital mutilation, child ‘marriage’ and women’s oppression.
A panel of judges author Polly Toynbee, singer Deeyah and secularist Terry Sanderson will select their favourite pieces for special mention at the private viewing.
The body of work varies in approach to the subject and mediums used.
The show’s highlights are:
Maja Wolna, an award winning graphic designer who is presenting three works from the series ‘Behind the Veil’ which won the Gold Medal in the Ideological Poster category at the 22nd Poster Biennale 2010 in Warsaw, Poland. In the striking simplicity of her designs she manages to encapsulate the difficulties that women face living under Islamic rule.
Sarah Rumi’s text-based work ‘Revelations’ focuses on themes of religious hysteria and the authority of literature. Using small sections from numerous sources of printed text she constructs new pieces from collected words.
Fiona Dent’s paintings confront us with the cruelty of female genital mutilation. In Britain alone, more than 21,000 girls a year are at risk of FGM.
Leszek Dobrucki’s film ‘Little Bride’ nominated at Cannes Film Festival tells a story of a Turkish girl sent to Germany and forced to marry at the age of 13.
Artists exhibiting are: Svitlana Grebenyuk, Lee-Anne Raymond, Oslo & Murch, Anna Sundt, Penelope MacEwen, Anna Adamkiewicz, Roberta Coni, Hynek Martinec, Carolina Khouri, Lorella Paleni, Leszek Dobrucki, Fiona Dent, Sarah Rumis, and Maja Wolna.
To RSVP for opening night, or for more information, contact onelawforall@gmail.com.
Posted by DON'T dis US at 07:14 No comments: 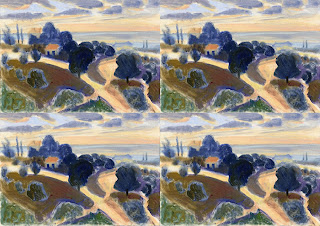 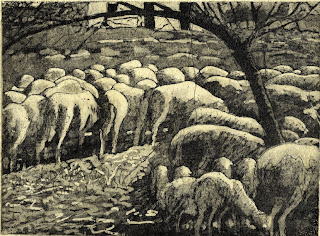 Janet Scott is a longstanding FPS member. In September she exhibited successfully, ("Albert  Bridge Under Repair"), in the Westminster Open Exhibition.

All FPS members are invited to the "Summer in Cyprus" Exhibition of her Cyprus works. The Private view is on 1st February 2011 6-9pm at the Friends Room of the Hellenic Institute,  16-18 Paddington St, London W1U 5AS  (Baker St tube).