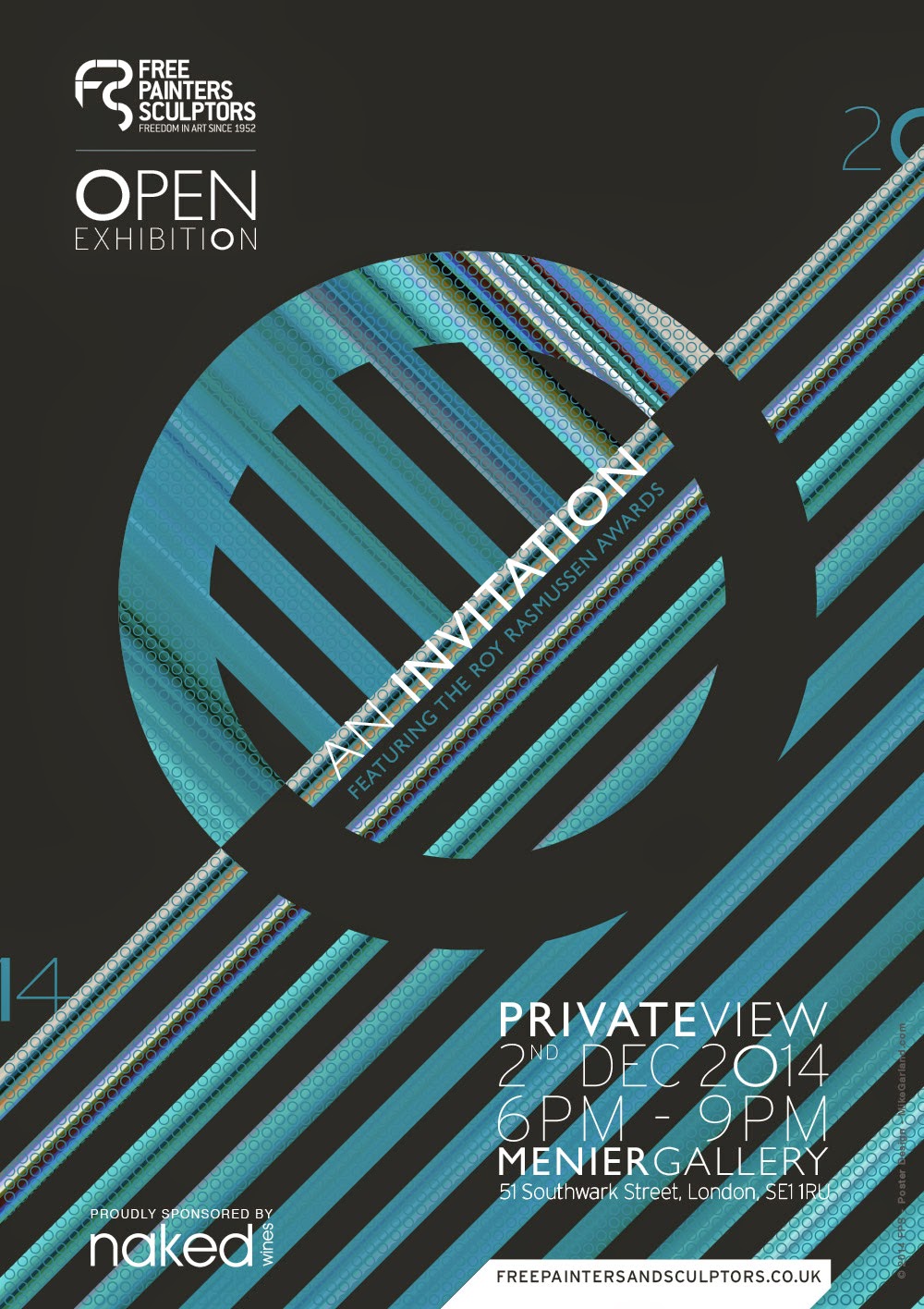 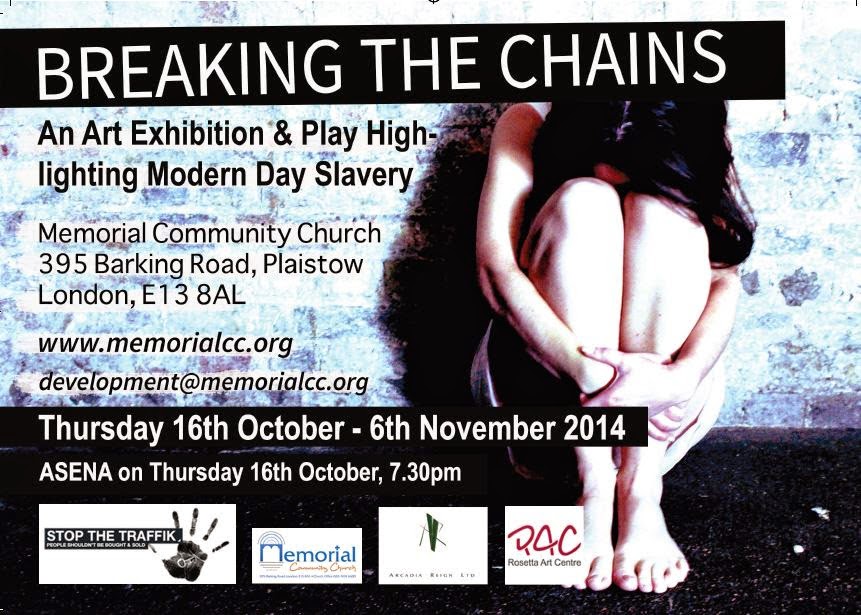 TICKETS ON SALE NOW VIA EVENTBRITE!
The 'Breaking the Chains' art exhibition and play highlighting modern slavery closes on Thursday 6 November, and so the last chances to see the exhibition are this Saturday 1 November, Tuesday 4 November and Thursday 6 November 2014, all between 2pm and 5pm. 'Breaking the Chains' helps to raise awareness of modern slavery of the border crossing sort that does not include workfare and the practices of Jobcentre Plus.
Modern slavery in the form of human trafficking is happening now, as Radio Pete's interviews with 'Breaking the Chains' presenters pointed out on 23 October. It has been argued elsewhere, "No form of present day slavery is comparable to the Atlantic Slave Trade which lasted for four hundred years with the lost of approximately 12 million lives," but not by me.


I believe that the Atlantic Slave Trade referred to as not comarable with modern slavery was once legal and people who saw the injustice of it took action to raise people's awareness and change the laws of the lands. Even in those days, some slave states were better and worse than others. Then and now comparisons that sidestep taking action in the here and now are a distraction. Action is required in the here and now to abolish modern day slavery in all its forms and slavery covers a broad spectrum rather than being an absolute.
We cannot bring back the dead but in helping to stop modern day slavery we are using what liberty we have constructively.

PS: You may wish to check out RadioPete
Posted by DON'T dis US at 04:52 No comments: