In the UK one tends to associate significant modern art collections with our major cities. Indeed an additional attraction of these centres is that, as well as their fine permanent collections, they all run periodic one person exhibitions of leading artists, both past and present, as well as other temporary shows. Examples abound: in London alone Tate Modern has featured Wassily Kandinsky, the Royal Academy The Scottish Colourists, the National Gallery Picasso (‘Challenging the Past’), to mention but a very few. These special exhibitions are hugely expensive to put on – way beyond, one imagines, the means even of substantial provincial galleries. How exciting, therefore, to come across an exception to that rule. The Pallent House Art Gallery in Chichester is home to one of the finest and most important collections of modern British art in the country. Housed in a listed Queen Anne building in the centre of this lovely cathedral city, the nucleus of its collection derived, in the first place, from donations by prosperous art loving local residents, such as Walter Hussey, a past Dean of Chichester, Charles Kearley, property developer, racehorse owner and hotelier, and a steady stream of gifts, bequests and loans from donors too numerous to mention.

From an early date, as the collection grew, the managers and curators detected a definite trend towards modern British art, and acknowledged that the main stimulus for this originated on the continent, especially France. Before the Great War of 1914-18 a powerful figure emerged in this country – Roger Fry, entrepreneur and himself an artist – who mounted an exhibition in London entitled “Manet and the Post-Impressionists” and featured works by Cezanne, Gauguin, van Gogh, Derain, Matisse, Picasso, Rouault, Seurat, de Vlamink and other contemporary French artists.

The impact on British painters was huge, and is evident in the work of, for example, Roger Fry himself, Vanessa Bell, Duncan Grant, David Bomberg, Mark Gertler, Matthew Smith, Ivon Hitchens and Wyndham Lewis, the latter giving things a vigorous forward drive with his founding of avant-garde Vorticism. Typical of the influence France had over the British painting manner is Ivon Hitchen’s /Pallent/“Curved Barn”. Britain has long had a fine tradition of landscape painting, but no-one during most of the nineteenth century would have dreamed of “bending” a scene as Hitchens does in this case. A quote of Clive Bell will give us a clue to Hitchen’s purpose: “who has not, at least once in his life, had a sudden vision of a landscape as pure form? For once, instead of seeing it as fields and cottages, he has felt it as lines and colours.”

The pace of modernisation in the UK slowed up somewhat in the early WWI period partly, of course, due to the ravages of the conflict on our young (inc. creative) manhood, and partly as a reaction to the extreme stance of Vorticism and other modern movements, such as Cubism, Futurism, Fauvism, and Surrealism (and possibly to the whole concept of “-ism”!). The art establishment cast a somewhat nervous backward glance at what was feared to be the weakening grip of our own, more conservative tradition of painting and sculpture (the attitude of Alfred Munnings, a future President of the RA, and a hugely popular figurative painter in the post-war period, was typical). This diffidence was largely (but not wholly) ,dispelled in the ‘30s by artists such as Paul Nash, Henry Moore, Ben Nicholson, Barbara Hepworth and John Piper. Paul Nash impatiently wrote “we are invaded by very strong foreign influences. Once more we find ourselves conscious of a renaissance abroad and are curious and rather embarrassed by the event, at once anxious to participate and afraid to commit ourselves; wishing to be modern, but uncertain whether that can be consistent with being British.” As the decade wore on such reservations evaporated, and pure abstraction became firmly embedded in the artistic zeitgeist. Henry Moore’s sculpture became a dominant feature, but see also Ben Nicholson’s “Still Life –/Pallent 01/ Cerulean” and Barbara Hepworth’s/Pallent 02/ “Simple Form (Nocturne)” 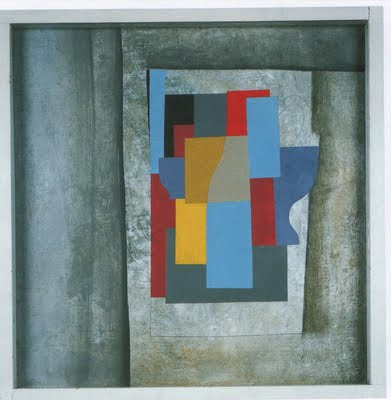 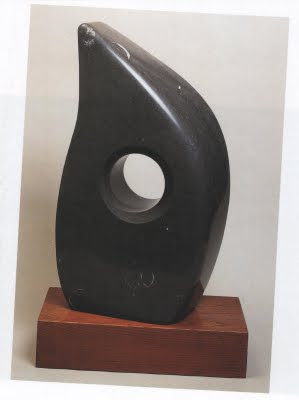 In the post-WWII period the focus of ground-breaking activity in the visual arts had moved from Paris to New York. There, a whole new breed of artists became dominant, noted for their fearless and bold invention. American expansiveness, a restless urge to “reach for the stars” drove their work so that, on a purely practical level, they favoured large, even huge canvases and other picture grounds. In sculpture they were pioneers of the “installation”, often working with “found” materials and by no means locked into figuration. Exploration was their watchword, a determination to embrace new ideas, and an almost pathological dread of being bound by conventional rules which had for centuries dictated form in Europe. “Why be slaves to the brush and palette?” would be typical of their attitude; “if we can achieve the desired effect by dripping paint on to the surface through a hole in the bottom of a can, let’s go for it. Indeed it may be that the act of creating images is as important as the finished product, if not more so.” And the process of taking the abstraction of art further than ever before was a feature of the New York school. Abstract Expressionism had as total and permanent an impact on visual art world wide as jazz had on music. This modern American school is represented in the Pallent collection by Sam Francis and Norman Bluhm, and Alan Davies’ /Pallent 03/“OM no.10” is a work by a contemporary British artist which displays its direct influence. 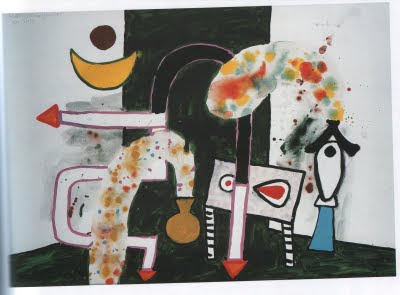 The Pallent collection is by no means confined to modern art. Works from earlier periods are included, such as /Pallent 04/‘the Rawson Conversation Piece’ painted by Gawen Hamilton in about 1730. One might also mention /Pallent 05/the portrait bust of King Charles I made by Hubert le Sueur in about 1637 and attached to the Market Cross where it remained until recently when it was removed to the Pallent House Gallery to protect it from the elements (especially the gold crown and chain). 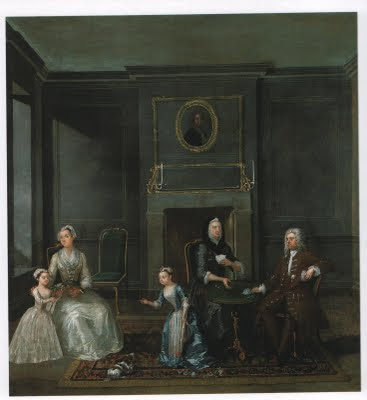 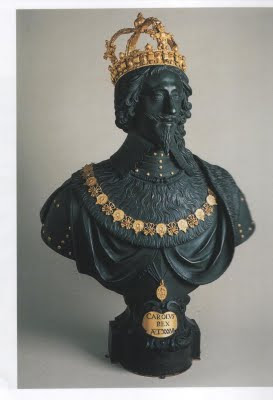 Pallent House Gallery is well worth a visit, as is the city itself with its fine cathedral and period architecture. As already mentioned the venue’s main feature is a Queen Anne building, but the extensions necessitated by the ever burgeoning collection have been imaginatively designed and constructed so as to be a congenial backdrop to the works on display.