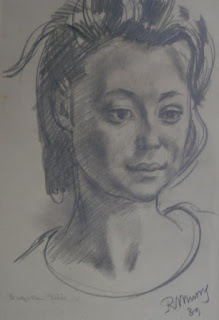 
Peter Murry, (FPS Secretary) has just sent a portfolio of  about twenty five drawings of Basque Refugee Children by his father, Richard Murry to the Library of the University of Southampton which maintains an archive specifically about the Basque Refugee Children who arrived in Britain towards the end of the Spanish Civil War in 1939. Richard Murry, an artist and later Curator and Librarian  of the Central School of Arts and Crafts, was probably a member of the Independent Labour Party at that time, may well have made the drawings as part of a fund raising or publicity drive on behalf of  Spanish Civil War refugees.

Photos of the drawings are at  http://www.flickr.com/photos/yrrumuk/