The Open Studios movement has been a welcome development in the art world in recent years. Typically based on specific areas, be they counties, cities, districts or whatever, it involves artists inviting members of the public to visit their studios, to meet and talk with them, and to view their output. And it is always an added attraction if they can see artists at work. The area of West Sussex centred on Chichester has a particularly lively tradition, and is rich in creative talent, as the writer discovered on a recent visit. The occasion for this was to renew acquaintance with Max Birne, a former FPS personality, who has recently moved house from Wembley, where he had lived for many years, to Selsey, near Eric Coates’s ‘Sleepy Lagoon’. 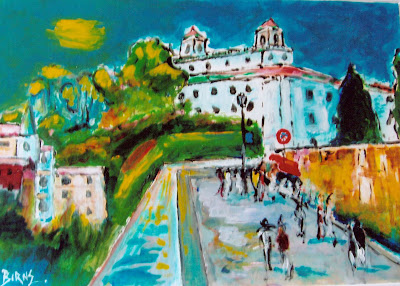 After the move Max lost no time in building himself a conservatory/studio at the rear of his bungalow and it was here that he entertained visitors during ‘Open Doors 2008’, a mandatory stop on the Chichester ‘Studio Art Trail.’ For this occasion Max had converted both his studio and much of his house into a gallery hung throughout with paintings executed with bold, uninhibited lines and shimmering colour, echoing his life-long passion for the work of Dufy, Matisse and Picasso. Spontaneity is a key feature of his working method while for subject matter he favours built structures against rural backgrounds. But there is no clash; the landscape and buildings, be they castles, stately homes or simply arches in ancient walls are in perfect harmony and glow with a kind of mutual enhancement. 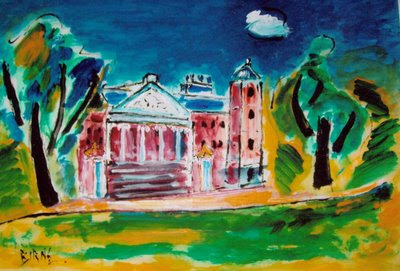 Nor does Max confine himself to landscape or still life. He can tackle figures and, with a few deceptively simple strokes of his brush, imbue them with a sparkling vitality. A crowd scene on an esplanade in Southern Spain heaves with life, as does a bull fight in full flow, with the crowds cheering each palpable hit by the picadors. To achieve all these effects Max is never without a sketch book and a box of paints on all his many travels, and his quick eye and retentive memory enable him to draw rapidly and execute his canvases with equal speed in his studio. 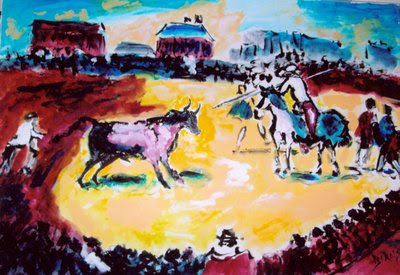 Max’s association with FPS was of about twenty years duration. For a while, in the 90's, he chaired a subcommittee which was concerned with evolving policy for consideration by full committee – a fruitful exercise which resulted in many valuable initiatives. Later he took over chairmanship of the Group, when his concern was to maintain the high standards which had always been a feature of FPS. He valued the Group because, having been at the cutting edge of the avant garde within the ambit of the ICA back in the 50s, it broke free and developed a catholic approach to themes and styles – ‘free’ for member artists in every sense of the word. 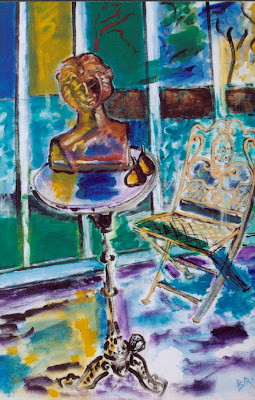 Although he has retired from the Group Max has continued to take a lively interest in its affairs, and would be willing to talk to members on any relevant subject at any time. He will also keep us informed of his future shows. 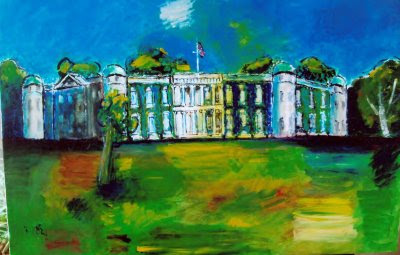 Max has exhibited widely throughout the UK and his work adorns many private collections.

You can read more about the LandMarkS project here:
http://www.mssociety.org.uk/branches/surrey_sussex/chichester_and_bognor_regis/landmarks.html

You can see some of the other work that has been completed here:

All the work will eventually be auctioned of to raise money for Multiple Sclerosis.
17 July 2008 at 08:16

Unknown said…
Alternatively, if you can't read those links visit: